“Criminals are a superstitious, cowardly lot. So my disguise must be able to strike terror into their hearts. I must be a creature of the night, black, terrible...I shall become...a bat!” – Bruce Wayne, Detective Comics #1

Prime 1 Studio is, once again, extremely honored to collaborate with famed comic book artist Jason Fabok! Together, we are delivering the latest addition to the Museum Masterline DC superhero series: Jason Fabok’s Batman from the landmark #1,000th issue of Batman: Detective Comics!

At a towering 41 inches tall, Batman watches over his city, perched on a gothic precipice, and surrounded by his nocturnal companions. As a dark guardian of Gotham City, Batman has been fully realized by the passionate artists of Prime 1 Studio: Batman’s chiseled, crimefighter physique has been masterfully interpreted; billowing in the evening wind, his cape has been embellished with a distinct leather texture, and Batman stands on an intricately detailed love letter the Gotham aesthetic, complete with steam, wafting in the night air.

This Deluxe version of Jason Fabok’s Batman can switch between the classic yellow, oval chest logo and the newer gold-outlined bat symbol. Furthermore, not only does it come with the two swappable heads from the regular version (one can have Batman scanning the Gotham City skyline, and with the other, he is looking down on a likely criminal), but it also features a grizzled Batman head with trademark Fabok-styled 5 o‘clock shadow, looking towards his left, and a cleaner-cut, but still furious Batman head, looking to his right. Finally, as if that were not enough, we are including an impressive headstand so you can display the extra head of your choice on a bust of Batman.

This Deluxe Bonus Version will include a Bonus Art Print Hand-Signed by Jason Fabok. Don’t let this iconic interpretation and a landmark celebration of Batman slip through your fingers! Get it for your collection today! 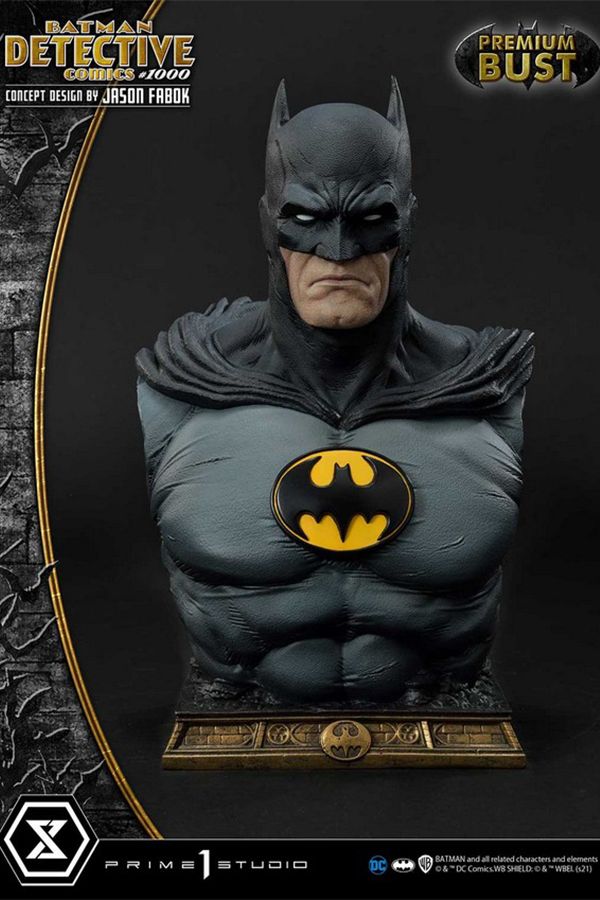 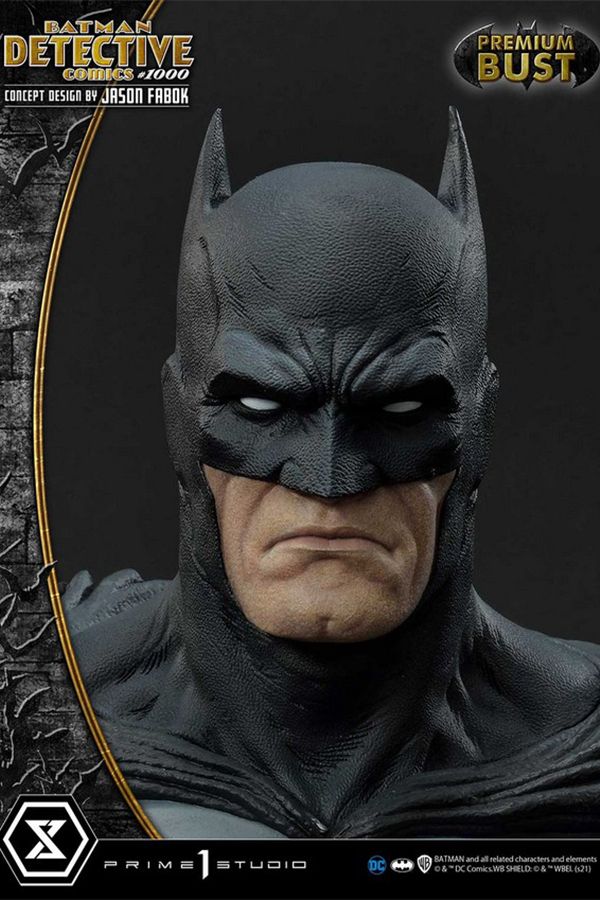 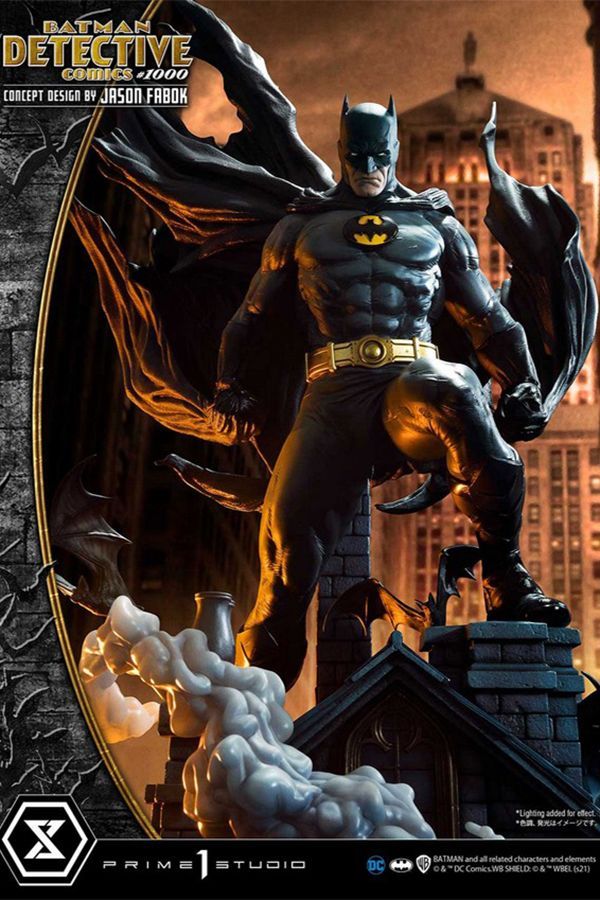 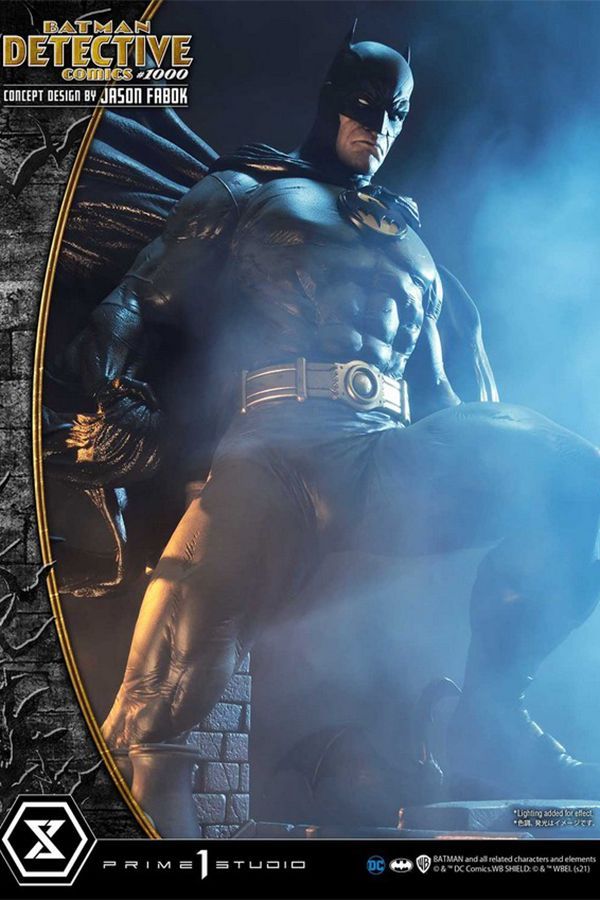