$124.99 $209.99
SKU
AT-040
Details
Godzilla has met his match with one of the most popular kaiju of all time. Following up after Shin Godzilla in the Art Spirits elite Hyper Solid series is the powerful tool of alien warlords in his first appearance from 2004’s Godzilla: Final Wars, GIGAN! With its previous outing fully 31 years before, Gigan was a prime candidate for a big return in Final Wars, and the kaiju got it with a sleek and vicious new look. The monstrous cyborg in non-scale painted PVC statue form strides confidently through the wreckage left by its brutal attacks, practically daring its opponents to get within reach of its deadly weapons. Gigan is mostly humanoid in shape with ribbed and textured skin studded with armor and spikes. The kaiju has a long, armored tail curving around its body and poised to strike, while enormous hooked blades where its hands would be are held at the ready. Its array of weaponry includes a line of spikes starting at its head and going down it's back, and even a wicked vertical saw blade in its torso! Gigan’s skin is replicated with a shiny dark blue color while a deep red appears on the membranes of its triple frills and the robotic eye visor; meanwhile, the cyborg’s armor plating, weapons, and toothed beak with mandibles are a menacing dark metallic silver. Gigan stands over 10 ½ inches tall on its highly detailed urban rubble display base. This incredible kaiju will absolutely dominate your collection, whether you have it displayed alone or facing off with other Solid Series entries like Godzilla!
Show more Show less
More Information 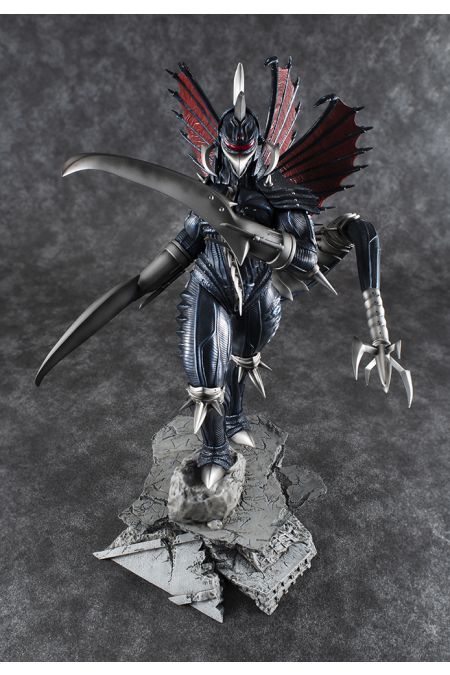 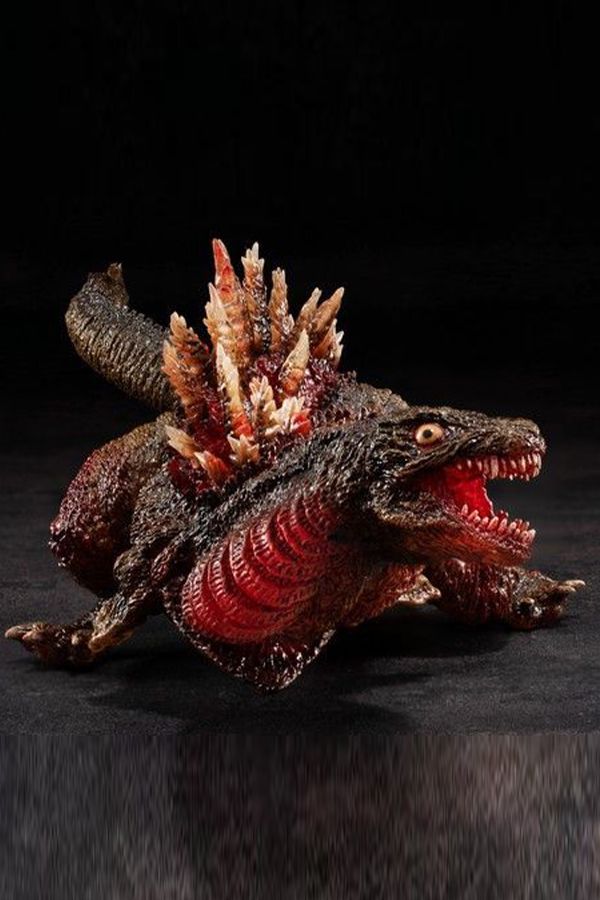 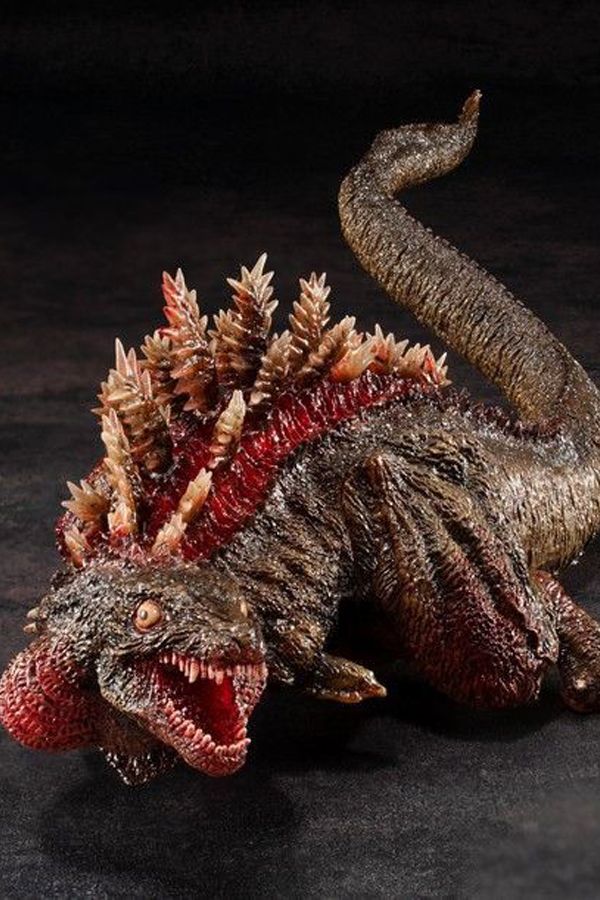