Return to the magical world of Hogwarts on the 20th anniversary of Harry Potter’s first movie outing!

In 2001, cinematic history was made with the release of ‘Harry Potter and the Philosophers stone’ in what would become a multi-movie decade-long series, which captured the hearts and minds of magic lovers around the world. Based on the classic novels from British author ‘J.K Rowling’, the plot follows a group of young magicians who become friends at the Hogwarts School of Magic and embark on epic adventures in a world filled with wonder.

Beast Kingdom’s long-standing development of high-end collectibles from the world of Harry Potter continues with the latest lineup of 360-degree, ‘Staging Your Dreams’ D-Stage dioramas. Enter the world of Harry Potter with recreations of classic scenes, as though they have popped straight out of the movie. The six-inch dioramas are made with high-quality manufacturing and coloring techniques to vividly depict the young magician on his way to becoming a legend!

Join Harry Potter and his trusted friend Hagrid as they are chased by the evil ‘Death Eaters’. Strap into the flying blue motorcycle as the thrilling chase scene is unfolding across bridges and in the clouds!

Harry Potter this time is dressed in his Gryffindor outfit with a matching scarf and school gown. Watch out as he swings his wand in defense! Accompanying him in the driver’s seat is the wonderfully imposing, yet friendly Hagrid, with a fully detailed costume and goggles to protect his eyes!

By the way for eagle-eyed fans, did you notice Hedwig the owl accompanying the duo on their flight? A true friend indeed!

The classic Platform 9 ¾ is tucked away in a corner of London’s Kings Cross station, where it leads students to the Hogwarts Express, the train that carries students to and from the magical school!

As Harry Potter enters the platform, he is seen in his school robe, carrying Hedwig the owl as well as his luggage. Harry couldn’t be more excited as the train looms to his right, ready to ferry him to a world of wonder. The details on the train, platform, and Harry himself are all faithfully created for fans to cherish. This is one diorama not to be missed for fans of the enchanted world of Harry Potter! 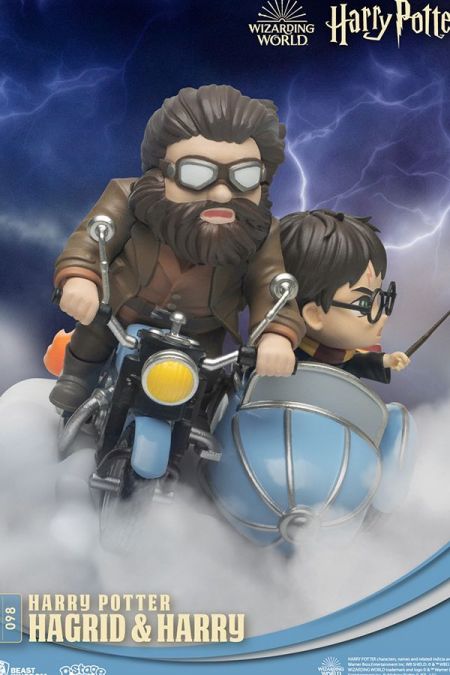 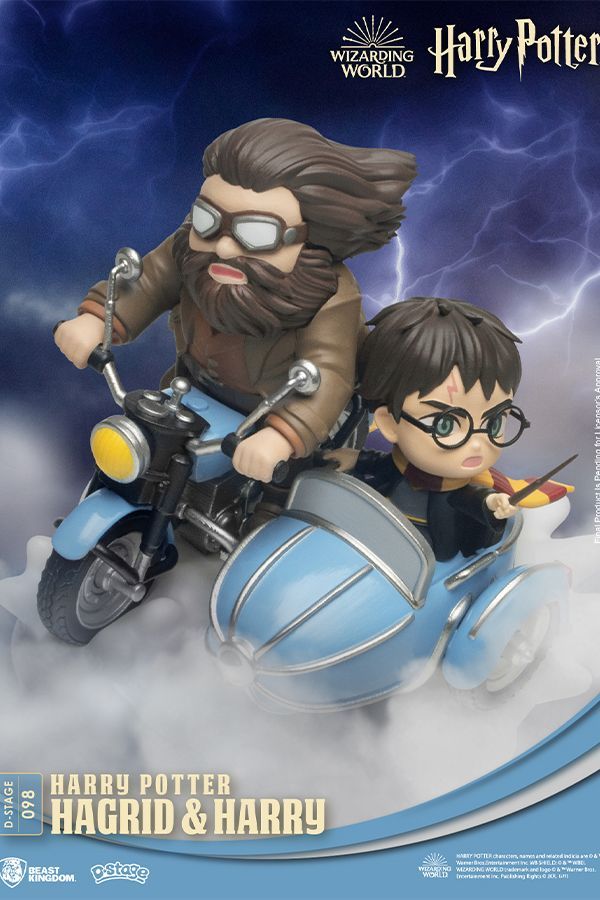 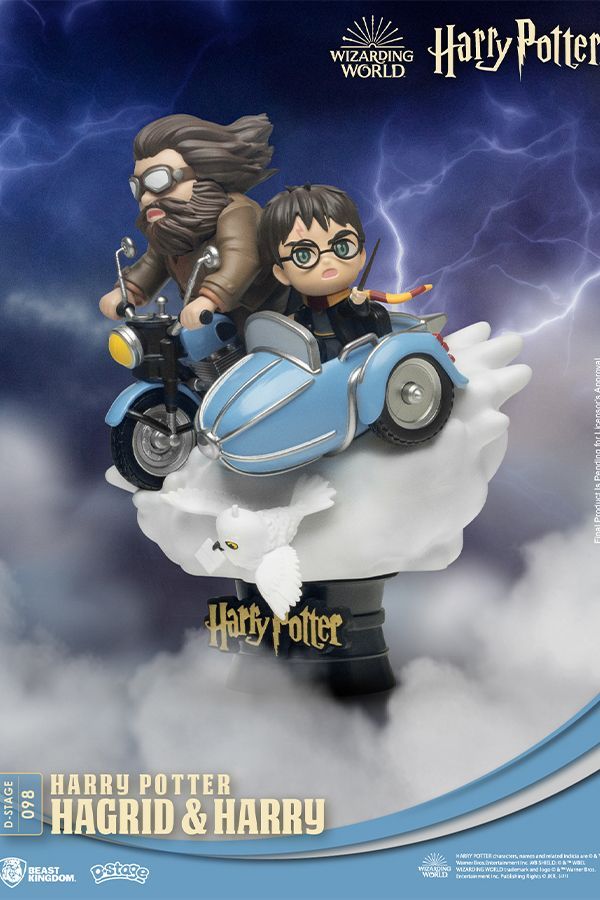 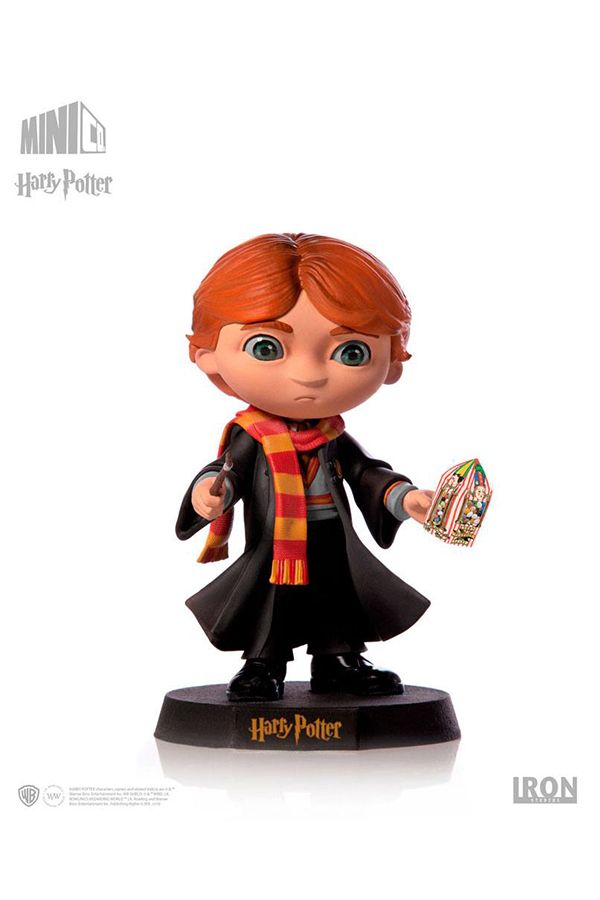 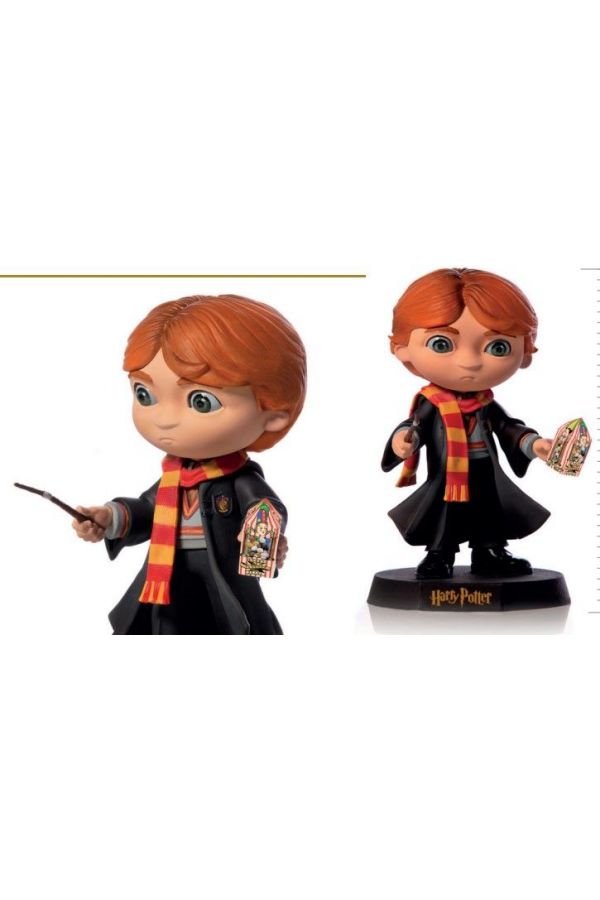 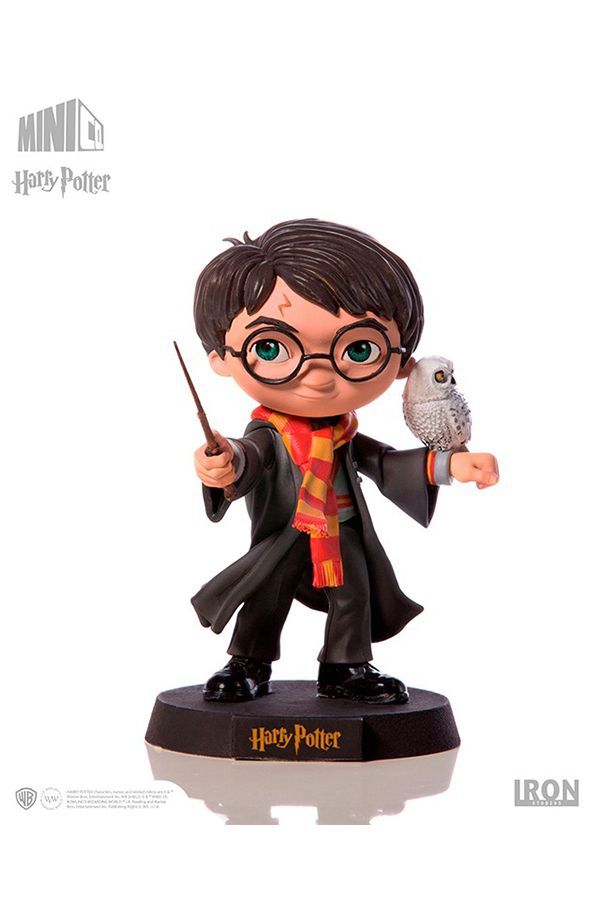 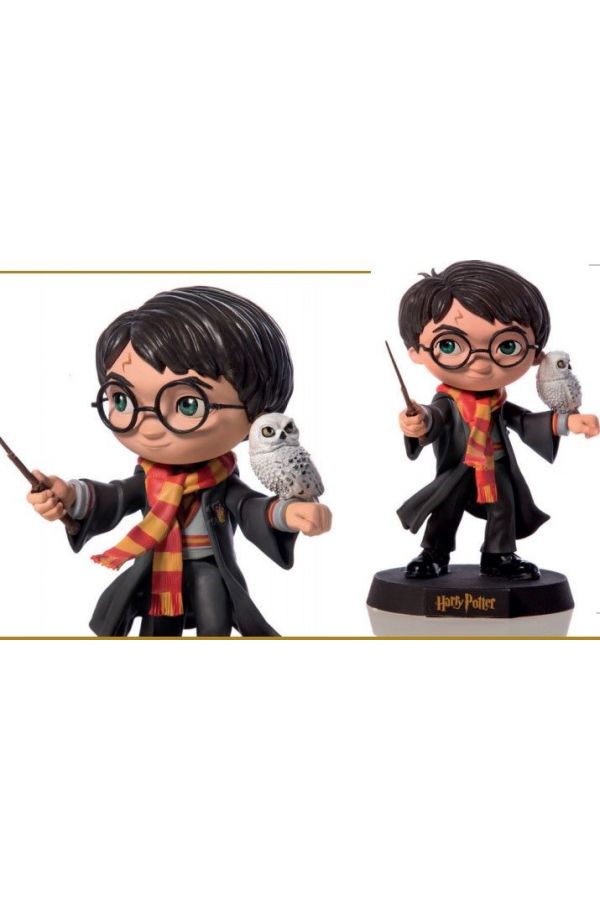 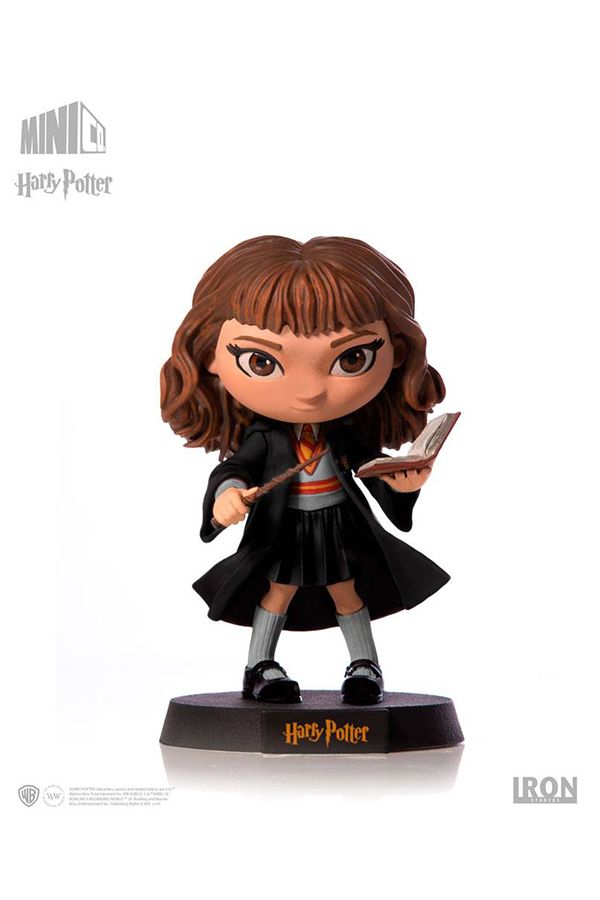 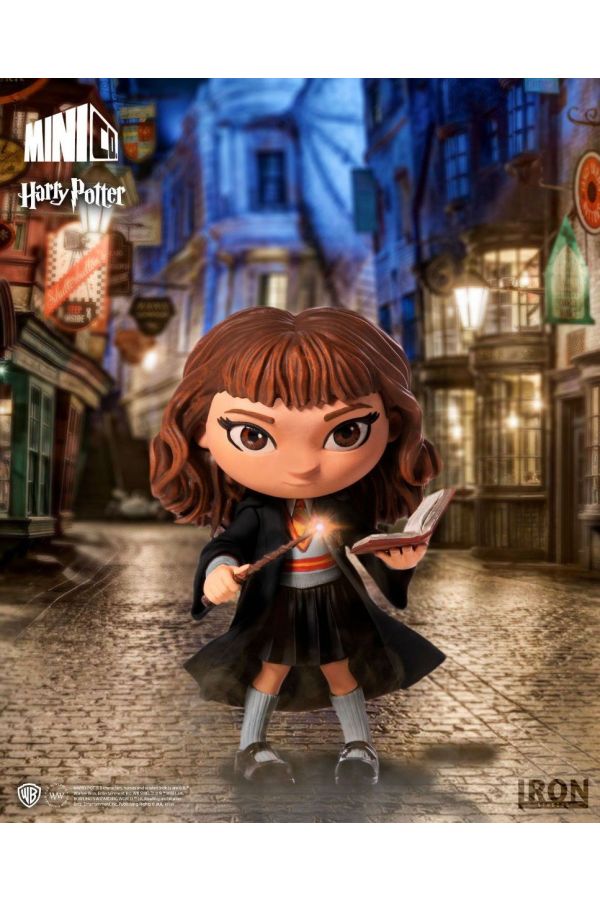