Beast Kingdom Taiwan is excited to recreate 6-inches of menacing power. Venom’s dark charms are a perfect ‘combination’ for the famous Egg Attack Action brand of figurines. With a faithful recreation of Venom’s bulging body, oversized mouth and tongue, as well as his strong fangs, replacement expressions and a movable chin, collectors are sure to turn heads anywhere it is placed. Not forgetting that the set also includes two head sculpts, as well as four different sizes of symbiotic special effects goo! One of the most playable and collectible Venom figurines on the market, so make sure this figure is added to your collection this summer! 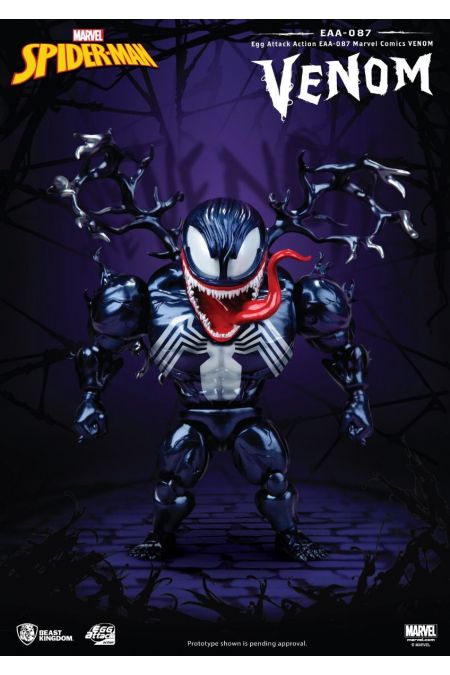 Skip to the beginning of the images gallery
SaleInstock
AVENGERS ENDGAME: EGG ATTACK ACTION-BLACK WIDOW Next