“Your dreams are much more complex than you think."

Prime 1 Studio is proud to present our latest Cutie1 Plus figure, CT1-21045: Protagonist from the RPG game “Persona 5” from the Persona series!

Here comes the main character of Persona 5, code name: Joker, and he is the leader of the rebellious group “Phantom Thieves of Hearts”! How elegant and fascinating he is with the white domino mask and the red gloves! The pose is charming, and the fluttering black ankle-length tailcoat gives dynamism to the scene.

This Persona 5 main character has the well know zipper placed upon his head, and the eyes are the iconic buttons of the Cutie1 series. Also, the Cutie1 Plus figures of the main characters of Persona 1, 2, 3, and 4 are selling separately, so why don’t you combine them with the main

character of Persona 5, in order to complete the series? Get yours today! 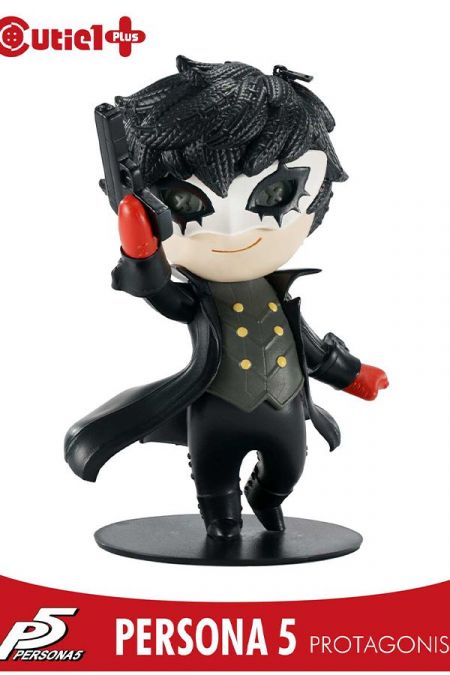