The Beast Kingdom is proud to present a new addition to the classic 3-inch Mini Egg Attack series: the Winnie the Pooh collection. Winnie the Pooh is loved by people all over the world for his simple and innocent personality and cute appearance. Now you can join Winnie and Pooh and his friends in their joyful little world.

Pooh Balloon ver.– Winnie the Pooh is clutching a balloon and seems as if he is about to fly away. Hold on, Pooh!

Pooh Honey eating ver.– Can you imagine this adorable bear without his honey?

Pooh Puzzled expression ver.– The most difficult problem in the world is looking at the menu and not knowing what to order.

Tigger Bouncing ver.– Tigger is always active and energetic. Be careful not to break anything, Tigger!

Eeyore Shy ver.– It’s rare for Eeyore to show anything but melancholy and dejection, but here you can catch Eeyore in a rare moment of bashfulness. Is it possible he has stumbled upon something good?

Piglet & Roo Surprise ver.– Piglet and Roo are similar in body shape but they differ in personality. Who knows what kind of spark will come from their being together?

Tigger Curious ver.– What fascinating things have been discovered by Tigger’s sheer curiosity this time? 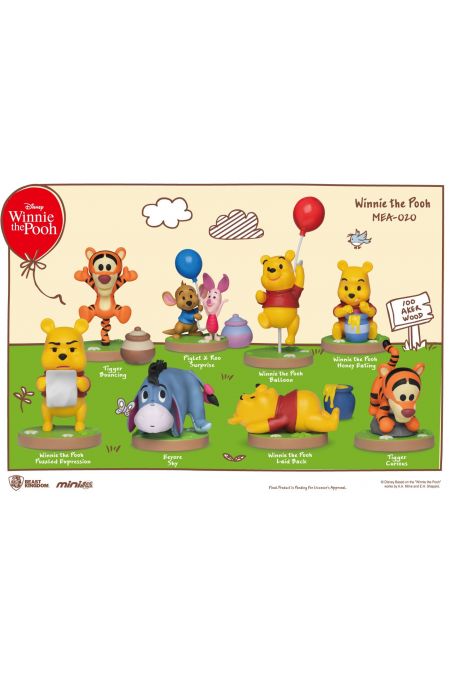