Consuming Sukuna is only something I can do!”

What’s a high schooler to do when he’s burdened with containing a thousand-year-old cursed spirit, which, it just so happens, is also the most powerful of all time? Well, if you’re Yuji Itadori...you just roll with it!

Our Prime 1 Studio artisans have done it again in the realm of Anime! They have reached deep within themselves to perfectly interpret the most talented first-year sorcerer at Tokyo Jujutsu High!

Standing at a very grounded 15 inches tall, Yuji Itadori looks ready to fight. Ingesting one of Ryomen Sukuna’s fingers gave Yuji immense otherworldly abilities, which he uses to battle the supernatural threats of the magical world he’s been thrust into! Yuji portrays a steady, and able fighter, in his trademark Tokyo Jujutsu High uniform, which Yuji himself has personalized with a striking red hood! His face is pulled straight from the anime, perfectly poised for a cursed attack. The Deluxe Version not only comes with a swappable left arm that features Sukuna’s mouth that has come alive on Yuji’s left palm, taunting him with a grisly death...but he also comes with a pair of swappable arms enveloped in the ignited blue glow of Yuji’s Divergent fist! And if a calm, focused demeanor isn’t enough, Yuji comes with another swappable portrait, where he displays his iconic devilish smirk...usually an indication that he is about to kick some cursed asses!

Yuji stands on a fine Jujutsu Kaisen-themed base, featuring a beast skull and ribs...reminiscent of Sukuna’s Domain Expansion! This base is infused with evil and just the perfect environment for a beacon of goodness such as Yuji! 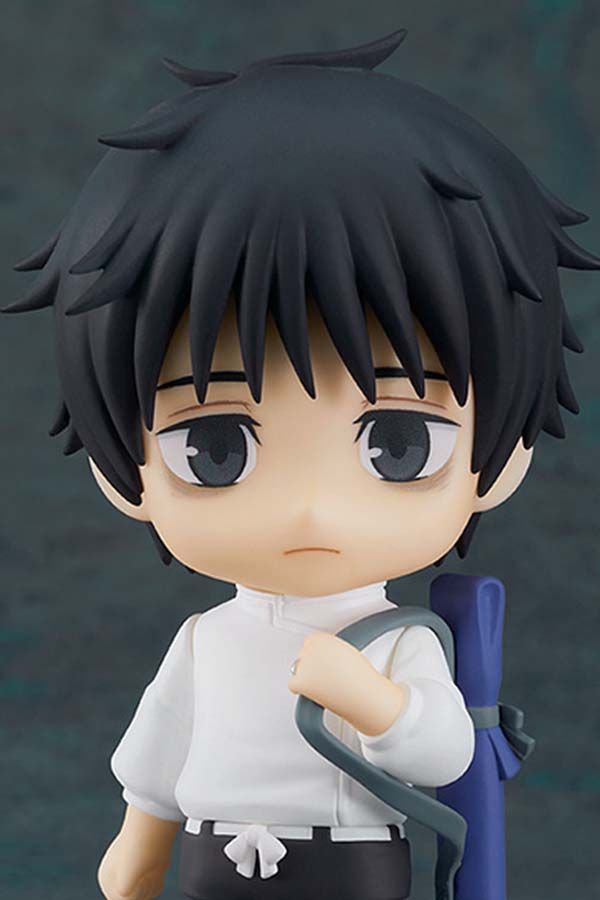 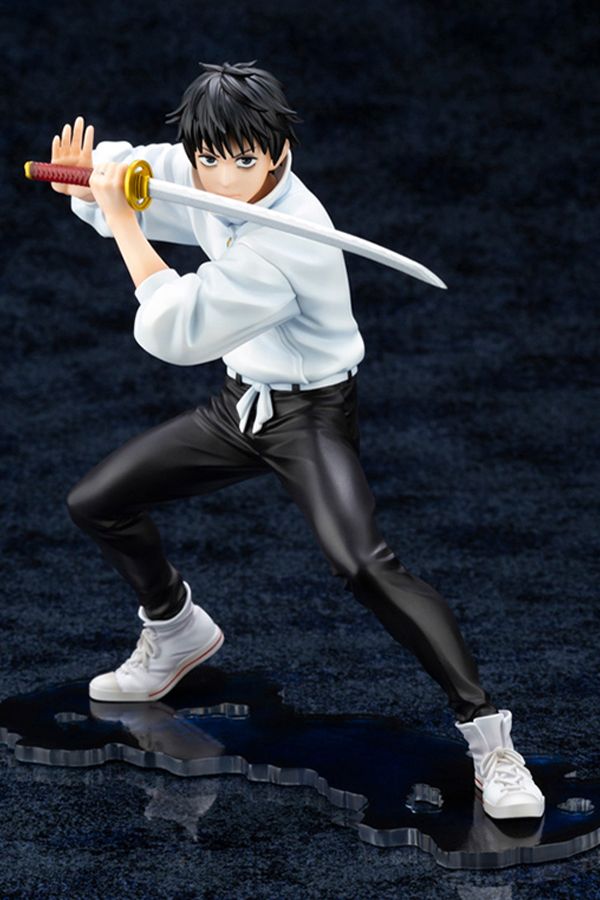 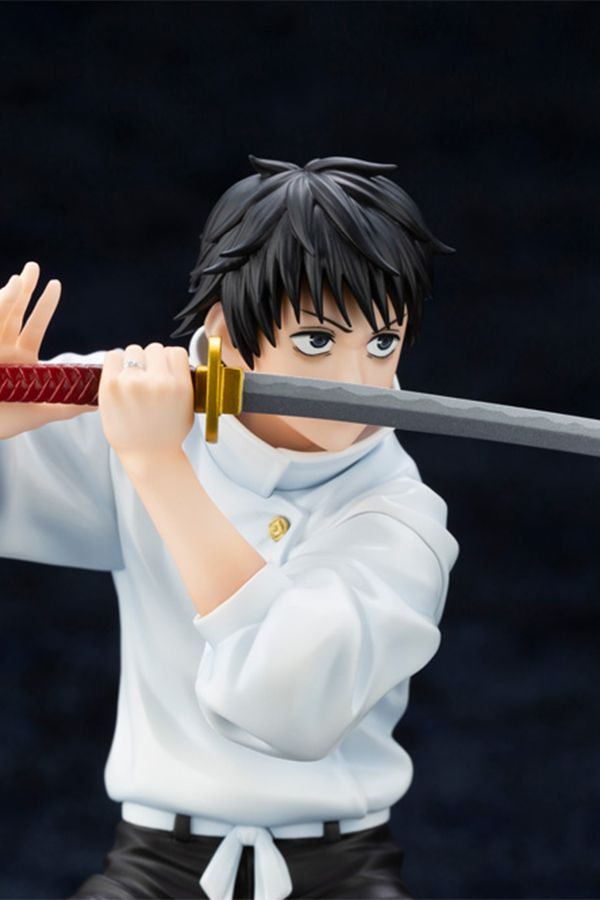 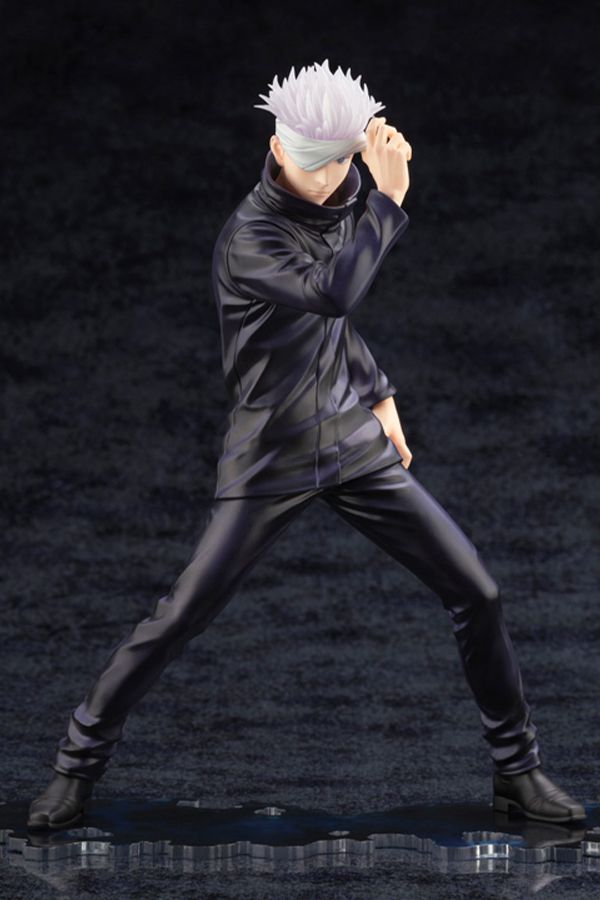 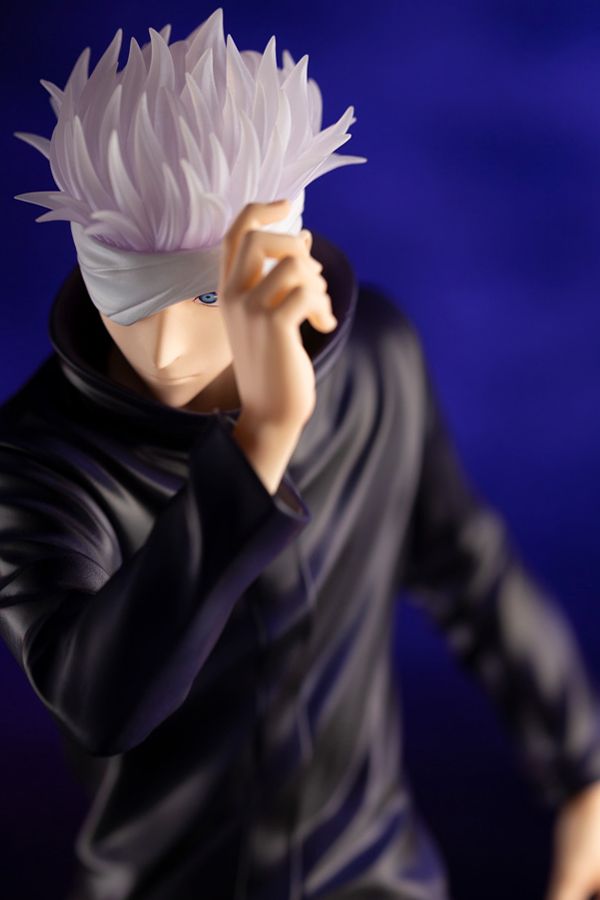 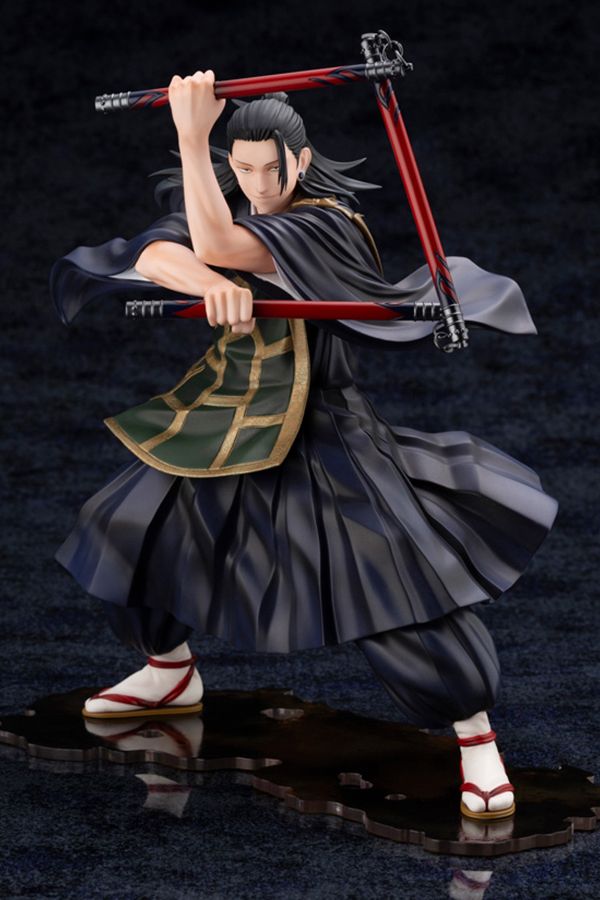 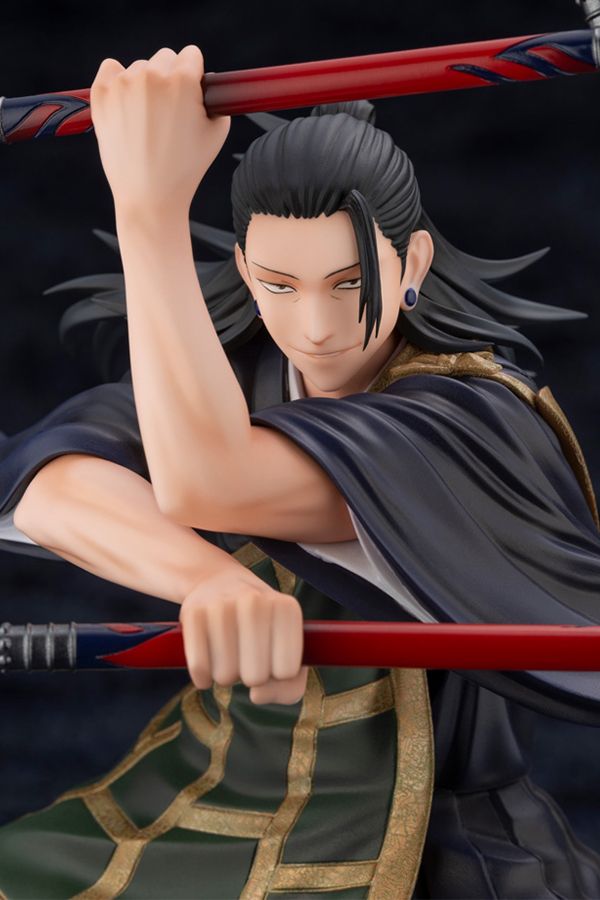